Mark and I arrived at the Hyatt Regency last night. I had noticed on the hotel fact sheet that the hotel offers a turndown service on request. Being unfamiliar with the service, I requested it when I checked in. They turned me down! Yuk yuk! [Duck!] 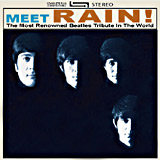 The Rain concert on Saturday night was excellent. They are unbelievably meticulous about reproducing a Beatles experience. The sound, the look, even the British accents were perfect. I highly recommend it.

Mandy has a more details .

Mandy, and I are going to see Rain: The World’s Greatest Beatles Tribute at Massey Hall tomorrow night. I’ve always enjoyed Beatles tunes, but between the two of us, Mandy is by far the bigger Beatles fan. Luckily, Mandy’s father, who is also a huge fan, is coming too, giving Mandy the opportunity to experience the concert with somebody who appreciates it as much as she does while taking the pressure off of her ignoramus husband. It looks to be a fun night out.

I’m leaving for EclipseCon on Sunday. I hope to write daily reports on the talks that I attend, but I’m not making any promises.

I’m attending two tutorials on Monday: one on concurrency in Eclipse, the other on the Eclipse debug framework. I’m also hoping to get together with some of my former colleagues (now merely friends) from Texas Instruments that evening. And I’ll be attending a BoF on the topic of language toolkits in support of my colleague, Mark Melvin, who will be presenting in a Tech Exchange on the topic later in the week.

I have no definite plans for the rest of the week yet.

I rarely need it, but when I do I usually end up flipping through my copy of Java in a Nutshell hopelessly and randomly, trying to remember to which package it belongs.

So what’s the closest thing in the Java standard library to the C language’s printf? It’s an pathetic little class named MessageFormat. 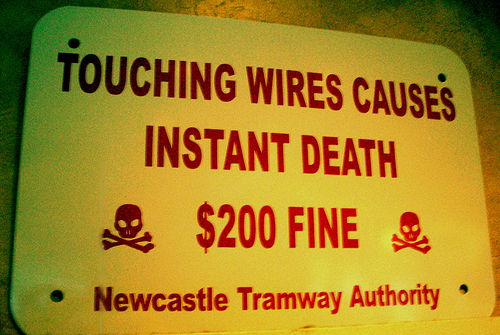 They say death and taxes are the only two certainties in life. Now you can do both. (via jwz)

False is the idea of utility that sacrifices a thousand real advantages for one imaginary or trifling inconvenience; that would take fire from men because it burns, and water because one may drown in it; that has no remedy for evils, except destruction. The laws that forbid the carrying of arms are laws of such a nature. They disarm those only who are neither inclined nor determined to commit crimes.

Somehow, when I read it, I immediately thought of Java.

From the first season of The West Wing, the writers of the show have taken several jabs at the U.S. policy on ethanol subsidies, claiming that it takes more energy to produce ethanol than it provides. On hearing that today was the first day of the Kyoto Accord, I got to wondering if there was any merit to their criticism. After slogging through a google-space full of hype, it finally dawned on me to check out the Wikipedia, which, unsurprisingly, provides a very balanced look at ethanol as fuel (and occupies a first-page position in a google search for ethanol, if I had bothered to read more carefully).

What does it say?

A 2002 report by the United States Department of Agriculture concluded that corn ethanol production in the U.S. has a net energy value of 1.34, meaning 34% more energy was produced than what went in. This means that 75% (1/1.34) of each unit produced is required to replace the energy used in production. MSU Ethanol Energy Balance Study: Michigan State University, May 2002. This comprehensive, independent study funded by MSU shows that there is 56% more energy in a gallon of ethanol than it takes to produce it.

Though hardly a spectacular result, it is positive. Perhaps ethanol isn’t a complete write-off after all, though ethanol producers seem to be milking the government for all its worth.

When I first thought up the new name for this site, I really liked the double entendre of “Within Our Ken”. After about a week, it didn’t seem nearly as witty. After a month, it started getting lame. Today, I despised it; so much so that I have changed it back to the original site name. It may be plain, but I know I can live with it.

After months of searching, and several temporary positions, Mandy’s found a full time position at NDI as a Sales Support Assistant. I’m so proud of her.

More details on her blog.