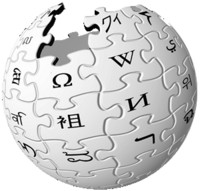 From the first season of The West Wing, the writers of the show have taken several jabs at the U.S. policy on ethanol subsidies, claiming that it takes more energy to produce ethanol than it provides. On hearing that today was the first day of the Kyoto Accord, I got to wondering if there was any merit to their criticism. After slogging through a google-space full of hype, it finally dawned on me to check out the Wikipedia, which, unsurprisingly, provides a very balanced look at ethanol as fuel (and occupies a first-page position in a google search for ethanol, if I had bothered to read more carefully).

What does it say?

A 2002 report by the United States Department of Agriculture concluded that corn ethanol production in the U.S. has a net energy value of 1.34, meaning 34% more energy was produced than what went in. This means that 75% (1/1.34) of each unit produced is required to replace the energy used in production. MSU Ethanol Energy Balance Study: Michigan State University, May 2002. This comprehensive, independent study funded by MSU shows that there is 56% more energy in a gallon of ethanol than it takes to produce it.

Though hardly a spectacular result, it is positive. Perhaps ethanol isn’t a complete write-off after all, though ethanol producers seem to be milking the government for all its worth.

When I first thought up the new name for this site, I really liked the double entendre of “Within Our Ken”. After about a week, it didn’t seem nearly as witty. After a month, it started getting lame. Today, I despised it; so much so that I have changed it back to the original site name. It may be plain, but I know I can live with it.

After months of searching, and several temporary positions, Mandy’s found a full time position at NDI as a Sales Support Assistant. I’m so proud of her.

More details on her blog.

This recent story on Slashdot about the release of the AlphaGrip AG5T got me thinking about the state of computer input devices today. While I find the AG5T a welcome advance over the traditional flat keyboard, I have to wonder why we are still stuck on this old model of generating text by hacking out a single character at a time. Is it possible to design an input device capable of generating syllables, or even whole words, in a single stroke? Would human minds be capable of productively using such a device? 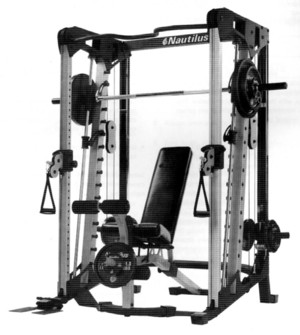 I wrote the first part of my review soon after purchasing the NT-CC1. Because I hadn’t used it very much, I had more to say about assembling the machine than I did about actually using it. Now that I’ve had a few weeks to put it through its paces, I’d like to share with you some of my impressions and experiences.

I bought the machine for its versatility. On this count, I have yet to be disappointed. This is an incredibly versatile machine. For every major muscle group, I’ve been able to find several exercises convenient.

The machine is wonderfully versatile. Every time I use it, I’m discovering new exercises to do. The variety of exercises I can do with this machine seems to be limited only by my own creativity, which at times does appear to be somewhat limited. For example, I haven’t been able to think of a good exercise to work my lower back yet. And I seem to be running out of ideas for different ways to do bicep curls (after finding four or five variations).

As several readers have commented, I too have missed having a lat pulldown bar, though I’m not sure how I would use one if one was included. There isn’t anything on the machine that you can use to brace yourself from lifting your body. On a couple of occasions I tried a variation of a lat pulldown by sitting on the floor in between the two cables, with the pulleys mounted near the top, and a handle in each hand. With a low weight, I could achieve the motion I wanted, but once I increased the weight, I ended up just lifting myself off the ground.

I also wish the machine had come with a straight bar so I could vary the width of my grip when doing curls. This is no biggy, though. Nothing is stopping me from buying an after market bar.

A weight tree would be nice too. These are also available after market.

The operation of the machine is excellent. I had some problems early on with the bar getting a little sticky, especially in the upper range of motion, due to dust settling on the top of the bushing. I’ve found that a can of spray-on silicone lubricant is essential to keeping the smith machine moving smoothly. I wipe down the shafts with a rag before applying the lubricant, which seems to extend the amount of time between lubes. When I’m not using the smith machine, I store the bar on the top rung so any dust that does settle on the bushing doesn’t interfere with the usual range of motion.

Overall, I continue to be very impressed with the machine. I gives me the versatility that I want, even though it requires some regular light maintenance.

P.S. My thanks goes to Thomas Glass, whose tenacious investigation of the maximal loading of the machine turned up a limit of 500lbs for the smith machine and 250lbs for each of the cable assemblies. Good work, Tom!

P.P.S There is a discussion of the NT-CC1, though nobody refers to it by model number, at the John Stone Fitness Forum that might also be of interest.

Update (2006-01-29): John Kellas wrote me with an alternative to silicone lubricant:

What I’m trying for lubricant is the wax based lubricant sold in the bike shops for mountain bike cables and chains. As it is formulated for cables and not to attract dirt, it may be the best one to use.

In the anticipation and eventual announcement of IBM’s cell processor, described by Hannibal here and here, there has been a lot of talk about the plateau in clock frequencies and the ensuing rise of parallelism in chip architectures.

Bill Clementson, in the latest installment in a series on parallel programming in Lisp (see also parts 1, 2, and 3), linked to this bit of hype about the cell processor from Nicholas Blachford:

The first Cell based desktop computer will be the fastest desktop computer in the industry by a very large margin. Even high end multi-core x86s will not get close. Companies who produce microprocessors or DSPs are going to have a very hard time fighting the power a Cell will deliver. We have never seen a leap in performance like this before and I don’t expect we’ll ever see one again, It’ll send shock-waves through the entire industry and we’ll see big changes as a result.

I’m skeptical about how much of a difference in performance we would see from these highly parallel processors in PCs, especially in web and database servers, where I get the impression that there tends to be a lot of disk access. Sure, the processor with its array of cells will be able to compute much faster than a single-core design, but that doesn’t matter much if the entire system is blocked, waiting for some disk access to complete.

It seems to me that the cell architecture is ideally suited to applications with low latency in IO, such as game systems and signal processing. How are they going to perform in applications that make heavy use of hard drives? That’s what I’d like to know.

In the grand tradition of prefixing the names of Waterloo-produced things with Wat, such as Watcom, Watstar, and WatPubs, comes WatStart:

WatStart is a new community initiative to help prospective entrepreneurs and very-early-stage technology companies in the Waterloo area.

WatStart creates opportunities for early-stage entrepreneurs to get together — online and in person — with each other and with local service providers to learn from each other and to receive ongoing guidance, support and encouragement.

Gary Will, who chronicles the Waterloo technology scene in his widely read Waterloo Tech Digest, has gathered together several local sponsors to produce a very attractive and potentially useful site. I write potentially because since its launch in early September, there has been very little activity on the website. The forums are practically dead, except for the occasional posting from sponsors, whose articles are either cut-and-paste copies of articles from somewhere else on the internet or cheesy bits of marketing fluff that you might expect to find as mail inserts with their bills. And none of it has anything to do with starting a company in Waterloo! The top non-sponsor poster has posted less than ten messages to the forum, and he’s in Mississauga!

But enough of my complaining. My point is that the site has a lot of potential. All it lacks is some interesting content — Waterloo-related content — to get people talking.

Personally, I’d like to see WatStart succeed. It’s not so much that I am interested in starting up a company in Waterloo, though I do toy with the idea from time to time, but I like living in Waterloo. I like working in Waterloo. Should I ever happen lose my current job at AMI Semiconductor, I’d like to see a thriving local high-tech industry from which I could choose another job. I think WatStart has the potential to help that happen.

All this is to say that I plan to give some attention to WatStart over the next little while: participating in discussions, asking questions, stirring the pot, trolling for conversation, teasing with flamebait, and the like. So don’t say I didn’t warn you.